We are European Yacht Brokers Carloforte

your yacht brokerage in Carloforte

We are European Yacht Brokers Carloforte with offices located Alghero, Cagliari, Porto Rotondo, Porto Cervo, Olbia, Marina Piccola, and more. Our brokers are usually located within the ports or marinas and are all are part of a larger European brokerage network. Please contact us today and we can find a boat for you in Sardinia and have it delivered to you anywhere on the Sardinian coast.

Previous
Next
Our yacht brokerage provides professional guidance and services to support you through all administrative procedures related to the purchase or sale of your boat. These services include certificates of conformity, taxes, navigation permits, property certificates, and more. Our ability to put together or locate the necessary papers is also key. Amongst our team are experts in nautical services, related to the sale of boats of all types, whether sailing boats, motor yachts, catamarans, motor catamarans, commercial vessels, super yachts and more. Our brokerage network takes care of the process of selling your boat or buying a boat. Our goal as yacht brokers Carlofrote is to close the sale of your boat at the best price and within the most reasonable time period, successfully. By marketing your boat to a the widest audience of potential interested parties, an agreement can also be reached on a range of other nautical and administrative services. In addition, by operating on your behalf for inspections, sea trials and even negotiation, our main objective is to achieve a satisfactory agreement between a buyer and you, or a seller and you.

A minority of the population that settled in Carloforte from the exodus from Tabarka (Tunisia) went to the Spanish coasts around Alicante, more precisely to the Island of Tabarca (Valencian Community), which takes its name from these settlers. The population of the latter today partially retains the original surnames of the Ligurian settlers but has been totally absorbed by the language and customs of the Valencian Community.

The emigrants from Carloforte have dispersed all over the world, especially in Genoa and towns on the Ligurian coast, in Gibraltar, in the neighborhood of La Boca in Buenos Aires (Argentina), and in general in other port cities in a number which is around 18,000 people. 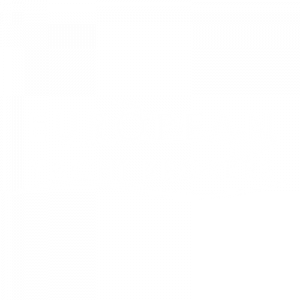 Interested in one of our boats? Or in selling yours?